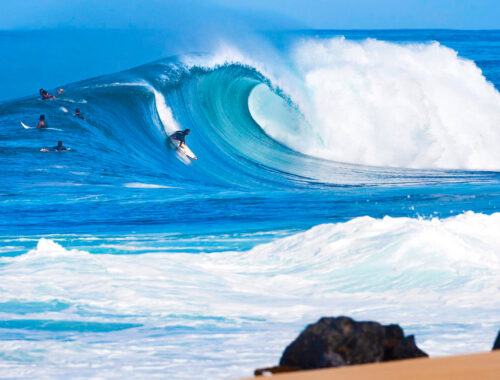 Sometimes Backdoor Pipe, but usually just Backdoor. Backdoor was somewhat ignored during Pipeline’s first golden days in the 1970s. It makes you wonder how many heaving barrels roared right off the peak before everyone kind of clicked on it.

The wave relies on a slight breaking up of swell lines from the northwest (shorter to mid period swells are best, of a swell combo) and a thin channel between the Pipe reef and Off-The-Wall. The broken swell allows a tapering wall, which hits square on the shallowest part of first reef and creates an intense and very hollow, deep tube.

Further inside, the reef gets shallower and actually pokes itself above the waterline here and there. Dealing properly with the finish of a ride is very important, as it will often end as a powerful closeout. This is even more the case on larger days, when the unwary surfer might come out of the tube, start paddling, and be faced with a several closeouts sections on the head over very shallow and sharp reef — one of the North Shore’s scariest moments.

This is especially true upon completion on the first wave of a set, and during the more westerly swells where the current is pulling you across the impact zone of Backdoor and then inside of Pipe. If caught in this situation, either paddle in to the beach or go with the current and paddle over to the channel next to Pipe to get back out. 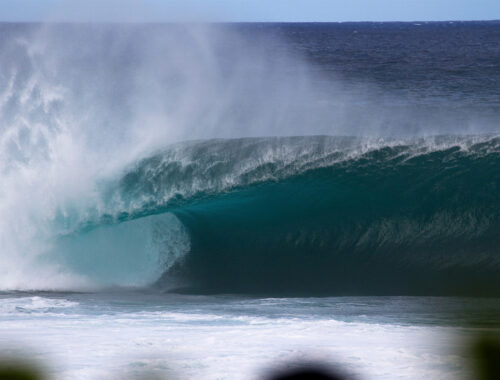 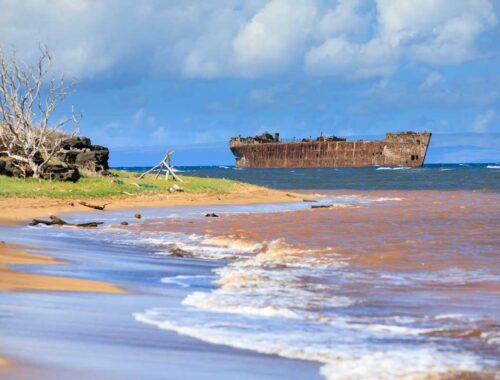 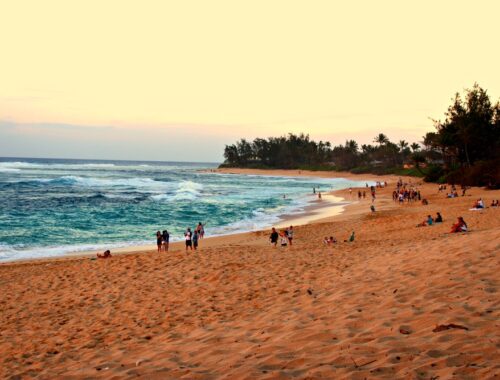